Accelerators in the human resources sector

The labor markets and thus the expectations of employees as well as the demands on managers and specialists are changing dramatically. In this process, digitalization and the current pandemic are acting as accelerators. Only forward-looking and modern companies have the chance to access the best minds on the labor market tomorrow.

Changes are part of life and always drive every business. We would like them to be linear, but they are often eruptive. The oil crisis of the early 1970s, for example, seemed as epochal at the time as the invention of the steam engine. In retrospect, the oil crisis is still significant, but ranks behind digitization, which is arguably one of the most impactful events in decades. It is in this context that the following thoughts on the changes in what companies expect from candidates and what candidates expect from companies should be seen.

An upheaval is driven by several factors. When the financial crisis of 2008 exposed undesirable developments, which, together with the debt economy, also created the basis for future crises, the labor market underwent a tangible change, increasingly unbalancing the expectations of job seekers and those of companies. The Swiss vote on the mass immigration initiative seems almost incidental in this context. The new legislation not only exacerbated a shortage of skilled labor (a gap of half a million skilled workers is expected by 2030) and thus presented companies with massive staffing challenges, but also changed the behavior of both companies and candidates. While nationality and “fit with the local culture” were sometimes lost in the frenzy of globalization before, companies increasingly remembered the need for “fit with the local culture of Switzerland”.

At the same time, digitization picked up speed.  Initially often mistakenly equated with “mapping processes in IT,” examples increasingly showed that digitization is much more than that. It allows completely new business models and seriously challenges many industries and their dominant players. The demands on managers and specialists changed rapidly and substantially in terms of both values and qualification criteria. On the part of the employees, Generation Y gained influence. Today, for example, only 14% of this generation likes to work in large companies, and on average they change employers every two years.

And just in this phase, an event occurred that acts like an accelerator for these changes: COVID. The societal dimension is complicating the labor market to an additional extent that we could never have imagined, and is in turn having an impact on the values, expectations and thus the behavior of society as a whole as well as of individuals. This will have consequences for the labor market.

Globalization will become an even greater challenge, as “blocks with different social models and values” will emerge: China, Europe, USA. Based on the lessons of COVID, the issue of vulnerability of nations/infrastructure and key industries will likely lead to the emergence of a regulatory framework analogous to the postwar “compulsory stockpile” that will lead to relocations of production. This is likely to leave some traces on the labor market, as the demand for skilled workers will increase additionally at certain points and, ideally, some relocation of production could take place.

Social changes and their consequences

Social polarization is likely to increase. At the same time, it is already apparent in certain industries that parts of the workforce will not be able to return to their roles after the pandemic, resulting in gaps (e.g. hospitality, logistics, etc.). At the same time, certain positions are even more difficult to fill. We see this in Switzerland as well as in the USA, to name just two examples. While in the USA a certain urban exodus is already taking place – also supported by value and security considerations as well as the possibilities of digitalization – and will thus also affect the real estate sector in the longer term, we do not yet feel this in Switzerland. However, home offices etc. have shown that it is also possible without a permanent presence in the office. This will almost certainly lead to a reduction in the need for offices. In conjunction with this, pressure on the real estate market and vacancies in the office sector are likely to increase – albeit only in a few years’ time. This is due to the fact that real estate companies prefer to leave properties vacant for a certain period of time in order to avoid having to lower prices. Lower revenues have an impact on the valuation and thus on the occupancy rate.

A “courant normal with home office and office presence” will settle in. Likewise, a substantial part of the business flight volume will probably not come back – even if the managers want it to. The pressure on finances and the desire for more sustainability are too great; it has also been recognized that probably a third of the travel is simply not necessary and can be covered with teams and Zoom. Ultimately, this should also lead to a slight thinning out of certain management levels.

Whereas home office was a sticking point in many a job interview before Covid, the pandemic has made it a compelling necessity. Some executives who were once vehemently opposed to home office have realized that, used wisely, it can have positive effects. The younger generation in particular has significantly different ideas and expectations of the current management generation with regard to their jobs and careers. Home office is only one of these. Identification with the employer and its values as well as the meaningfulness of the job are incomparably higher than among earlier generations. The reputation of a company and its managers is also becoming increasingly important in assessing the attractiveness of an employer. These facts must be taken into account. In addition, there is a desire for greater flexibility, a willingness to try out new things and also to question traditional career views. In this respect, there is a much greater willingness to implement this effectively, even if it “costs something”. The fact that this generation has grown up with substantially greater prosperity and largely without existential crises is changing risk awareness. Freedom, independence and the opportunity to have a say are factors that this generation demands and which are motivating for them. Companies should take these factors seriously and include them in their search for candidates, as well as recognizing this development as an opportunity to move forward as a company and to appear modern and attractive in the job market. They can act as a USP in the sense of modern employer branding. Furthermore, modern technologies today offer much more of an opportunity to combine work and private life – with all its advantages but also risks when it comes to setting oneself apart.

Today’s companies need increased flexibility in order to be able to react correctly to rapidly changing markets and existing technologies. This leads to a noticeable change in the organization and management of a company. Not palaces, but tents are required to react quickly. This also leads to the “dissolution” of hierarchies, increased teamwork and cooperation and thus a cooperative leadership style – or as Heike Bruch 1) calls it: transformational leadership, where inspiration, acting as a role model, coaching and thinking along are central. “Unbossing” is the buzzword, although this only has a credible effect if the top management level also adapts its behavior accordingly and does not claim things for itself that contradict what it itself demands. This means that substantially higher demands are placed on managers in terms of communication, social competence, values, critical faculties and role model function. The current example of the recently resigned Chairman of the Board of Directors of Credit Suisse, who demanded greater risk orientation and personal responsibility from his employees, exemplifies the risks of detached leadership and creates hardly repairable damage to image and reputation. Such embarrassing incidents reinforce the impression that a new generation of managers needs to take the helm. Not primarily in terms of age, but rather in terms of mentality, behavior and values.

Both companies and employees are facing major changes and challenges. On both sides, there is a balance to be struck between what is desirable and what is feasible, whereby the shortage of specialists and managers probably plays the better cards with convincing and strong candidates. There will be no return to the “time before,” even if some would like there to be. The use of technology (hardware, software and platforms) will become as central to our daily work and the way we do it as the question of where we want to do it from. Business is an activity that takes place through interaction between people. Finding a sensible balance here between the requirements of the next generation and the need for physical proximity can become a success factor. 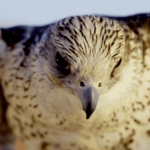